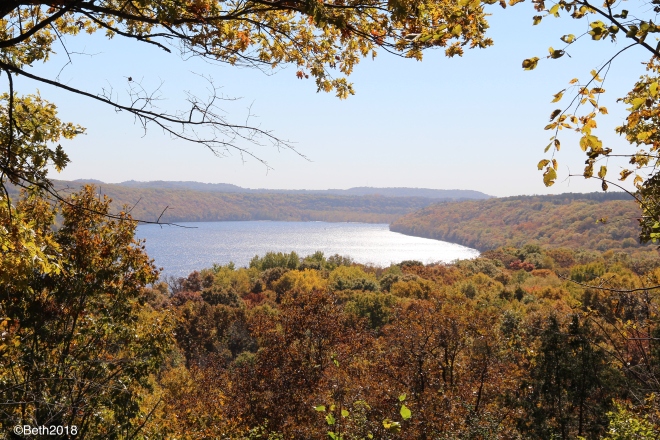 Being a lover of nature, this simple hymn became a favorite of mine the first time I heard it. The story is that in 1864, 29-year-old Folliot S. Pierpont was walking in the English countryside near the River Avon and was filled with joy by the beauty of creation. He composed a poem, originally titled “The Sacrifice of Praise,” that was set to music by Conrad Kochler (and later by others).

There is such natural loveliness, both simple and complex, all around us. If possible, take a few minutes to notice nature every day — whether you live in a city apartment, or a house in the country; whether it is autumn-going-to-winter, or spring-going-to-summer in your part of the world; whether you can just look out a window at the moon and sky, or are able to walk in the woods. And, if possible, share it with a friend, child, parent, spouse, neighbor or other companion. I find that it makes for a grateful heart and a lighter outlook on life. Here are a few images of late autumn nature in Minnesota. What delights you in nature where you live? 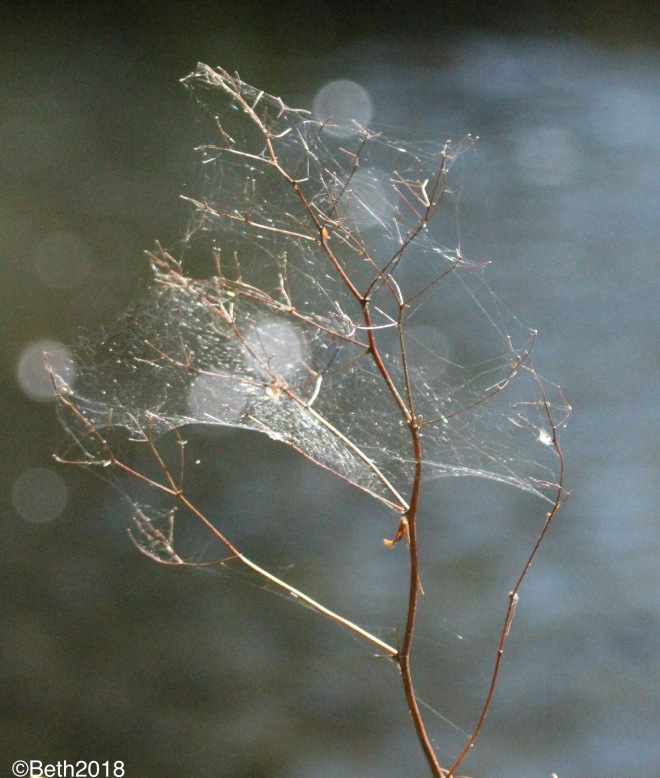 A spider web catches the sun on the bank of the Snake River in Pine County, MN. 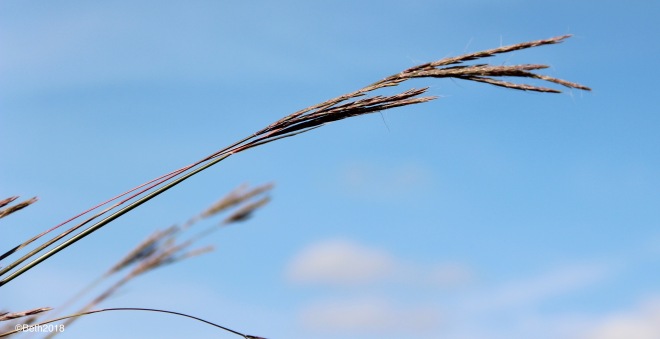 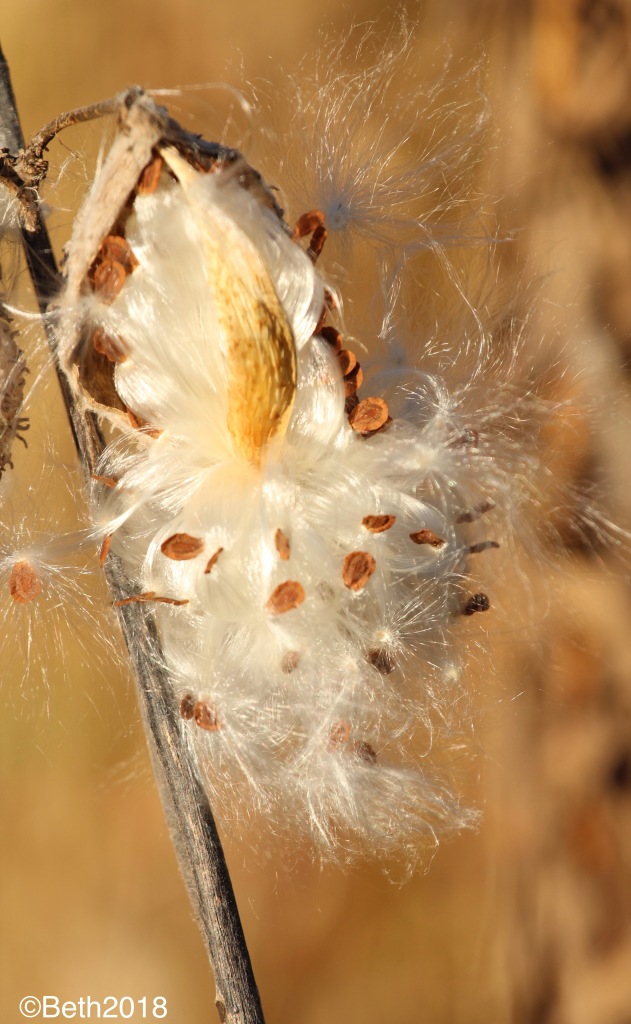 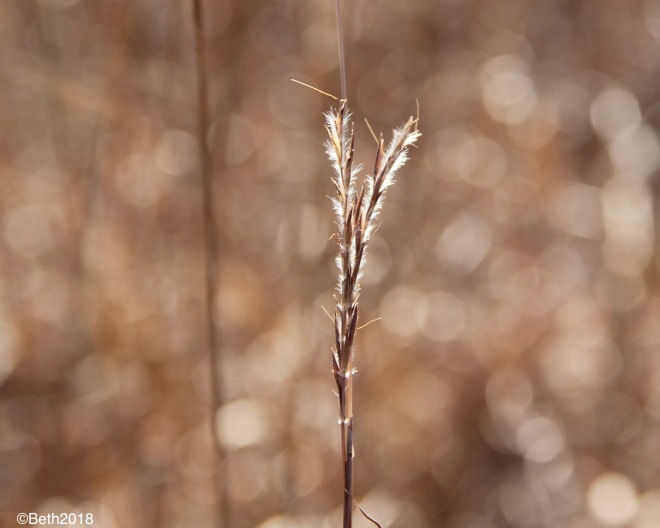 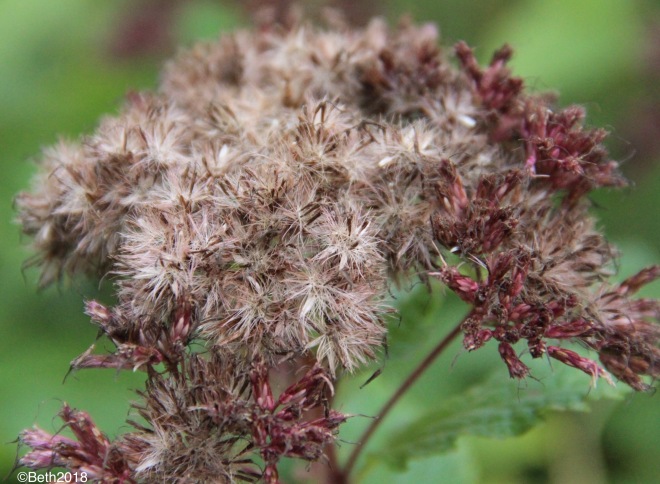 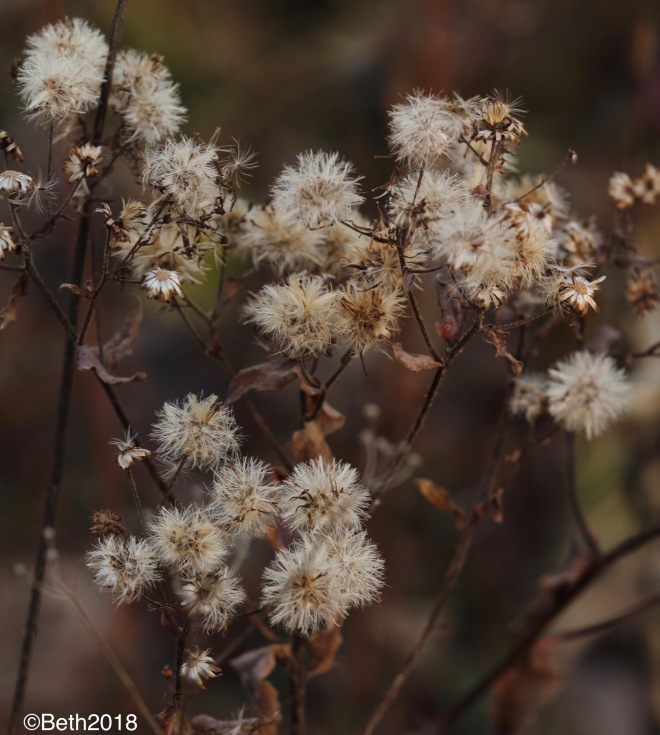 The soft seed heads of asters attract many birds, such as cardinals, goldfinches, chickadees and nuthatches. 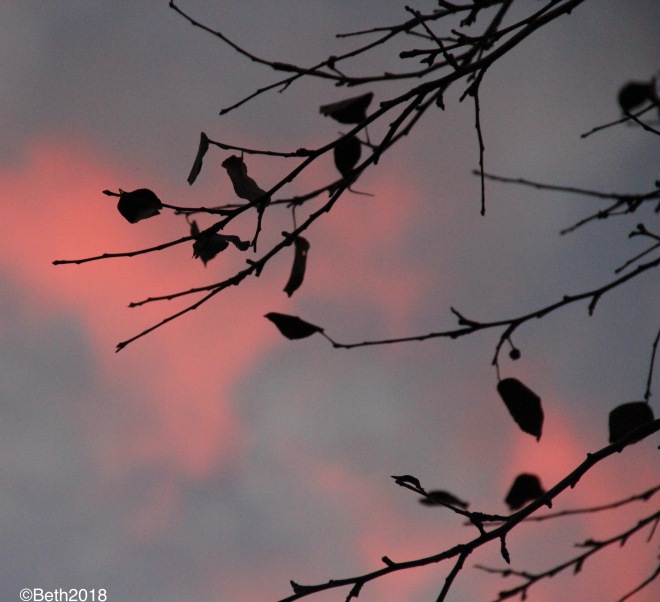 The sky’s beauty is more visible as the trees shed their leaves. Just a few apple leaves remain on our tree. 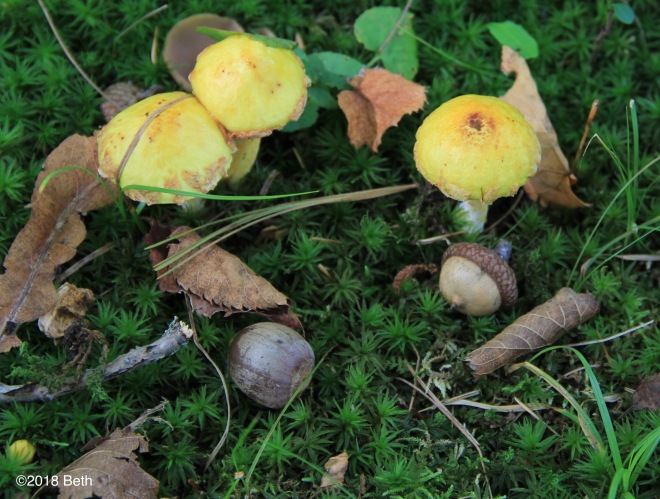 When I was little, I thought that fungi just meant the small, brown squishy mushrooms that appeared in the lawn after a wet spell — and I was squeamish about them. But that’s only a small part of the story. The hidden world of fungi runs deep within the soil like strands of microscopic silk. I imagine these tiny fungal strands as threads of life woven in a network in and around plant roots. What we see are the strange and often beautiful fruiting bodies — what we typically call a mushroom or toadstool — growing on a tree, a log, the ground, or some other food source. This visible part of a fungus produces reproductive spores. 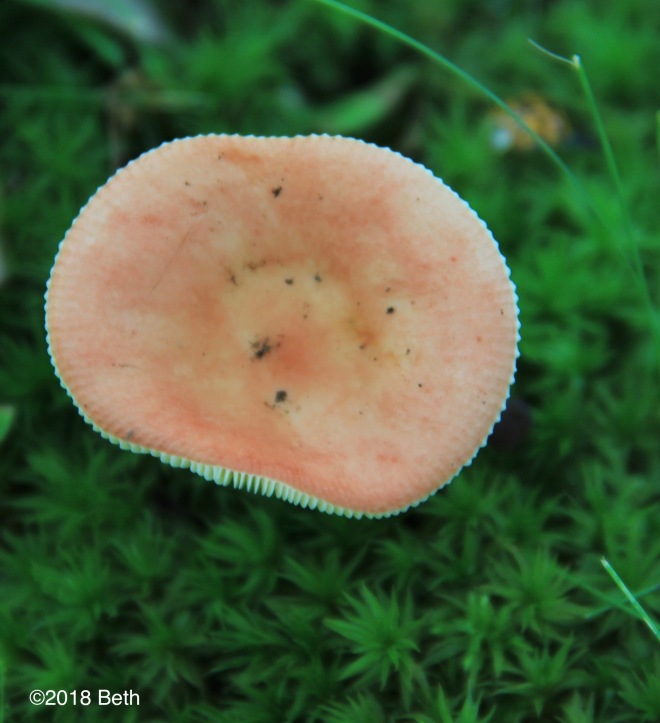 In fact, fungi are one of Earth’s key recyclers of carbon and other materials. Along with bacteria, earthworms and other soil organisms, fungi decompose organic matter to release and recycle nutrients, feeding themselves and others through this process. 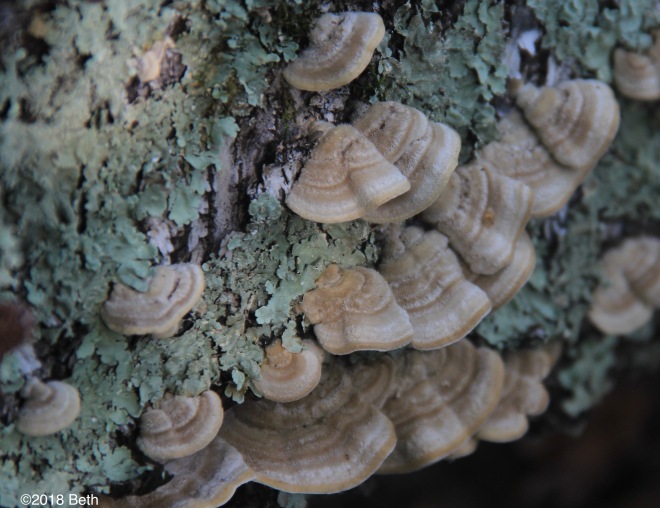 Bracket fungi and lichens grow on a log along the Kettle River.

Fungi are not plants; they have no chlorophyll, leaves, roots, flowers or seeds and do not make their own food. They are primarily strands called hyphae, which secrete enzymes that break down organic matter, such as leaves, dead trees, and animal remains. Scientists currently think that land fungi split off from the animal kingdom around 1.3 million years ago — about 500 million years before plants. 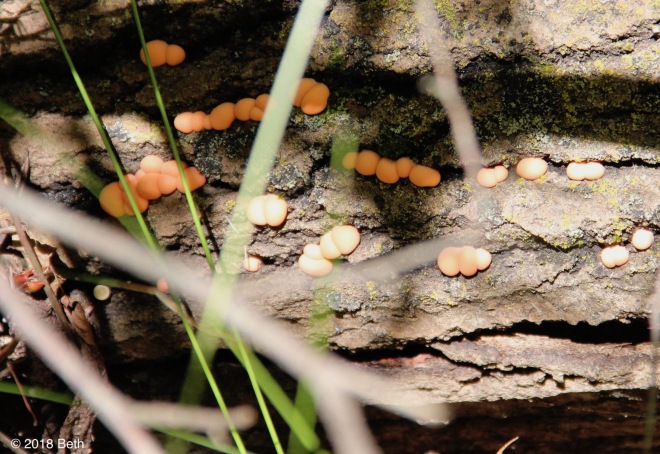 Tiny slime mold sporangia grow on a rotting log. (Slime molds are related to, but different than, fungi.)

Though some fungi are parasites that damage plants and other living organisms, mycorrhizal fungi form a symbiotic partnership with plants in which both benefit. The fungi obtain nutrients that the plant produces in photosynthesis. The fungal hyphae, in turn, break down organic substances releasing nitrogen, carbon, glucose and other nutrients, which they pass along to the roots of plants without parasitizing them. Many fungi also store carbon, meaning that less is released into the atmosphere as carbon dioxide. All winter long fungi will nourish the soil for spring growth. As I walk on these autumn days, with so many leaves underfoot, I like to think about how they will be decomposed and used again in the spring to help create next year’s new life. 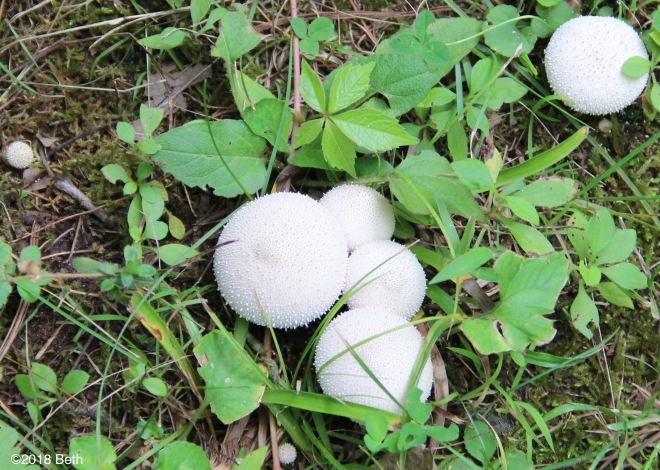 Though some fungi are harmful to plants, humans and other organisms, many provide antibiotics and food in addition to forming nourishing soil. So the next time you spot a fungus and think it’s gross, remember the benefits that many fungi provide to nature, the food chain and to us. Here are a few fungal fruiting bodies that I’ve seen growing in the woods this autumn. Fungi often are difficult to identify, so I don’t know all of their names, but I appreciate their shapes and colors. 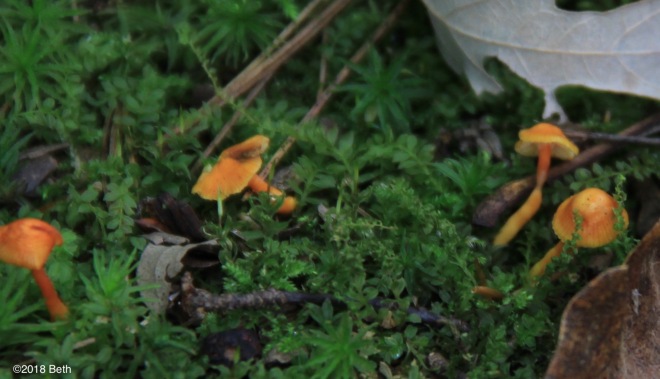 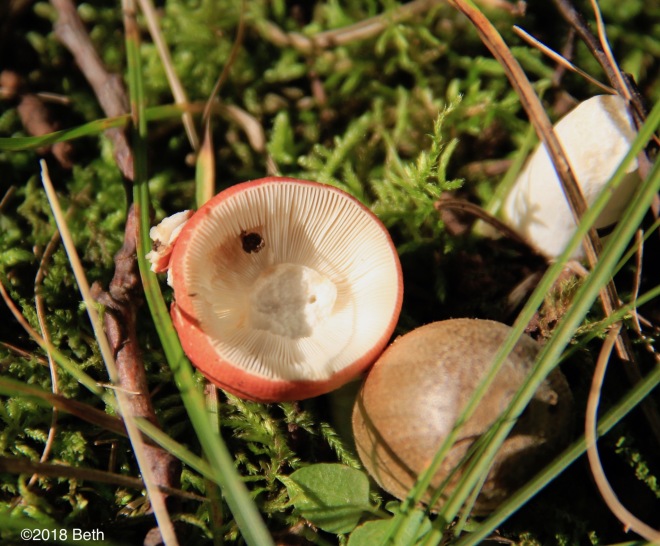 The underside of this Russula mushroom cap shows the spore-producing gills. 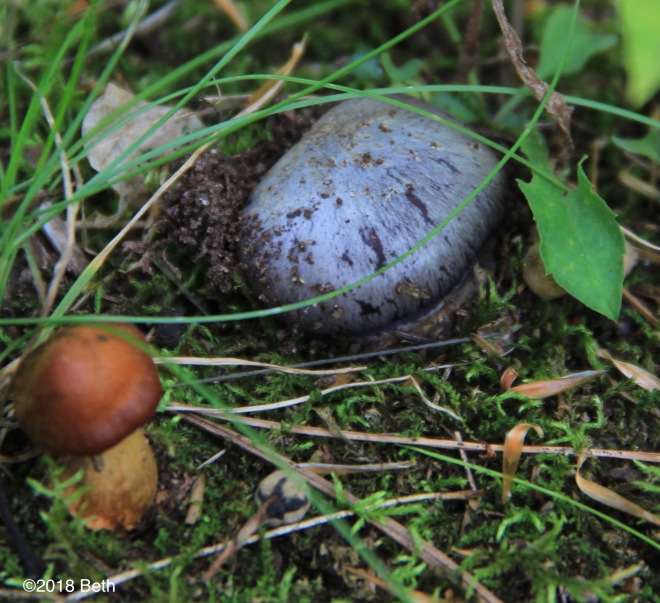 A silvery blue-capped fungus pops up through moss near aspens and pines. 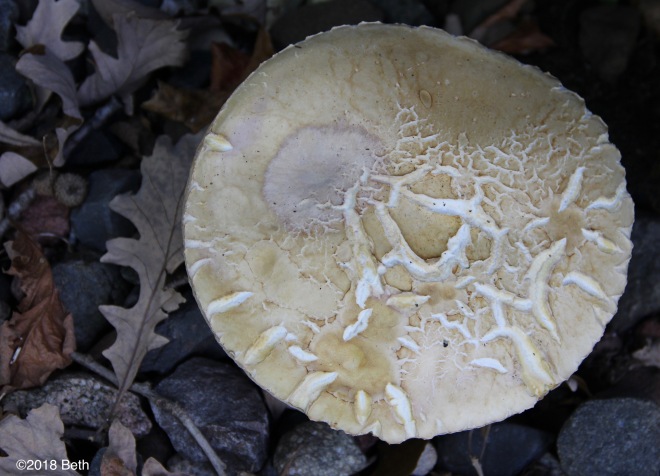 An autumn toadstool grows under bur oaks next to the riverbank. 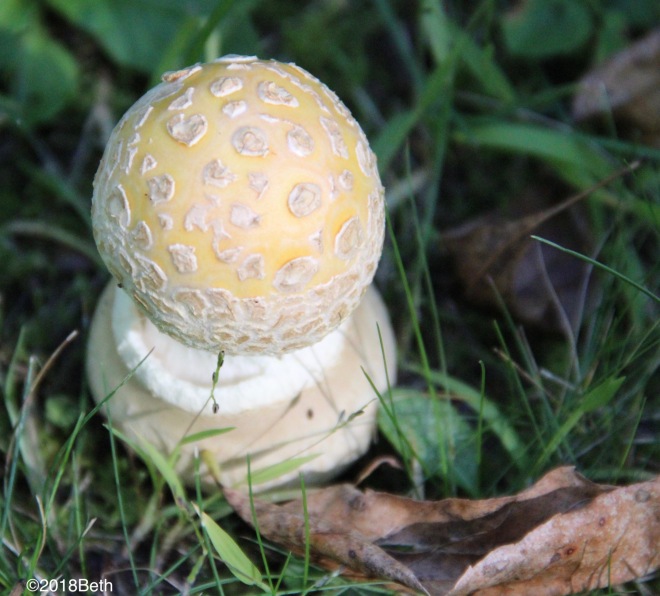 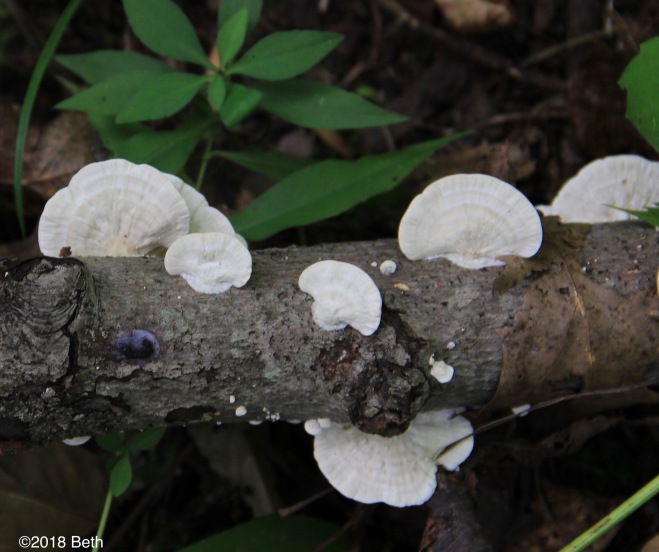