I began cutting back our garden on one of the few warm days before last week’s hard frost. It was sunny and windy. Yellow maple and apple leaves sailed through the yard. Blue jays called raucously. Chimpmunks and squirrels ate nuts and stashed others for the winter. A few flowers still bloomed, though most now sported full seed heads. Among the blooms were the last native bees and butterflies of autumn. Here are a few of late October’s simple gifts: 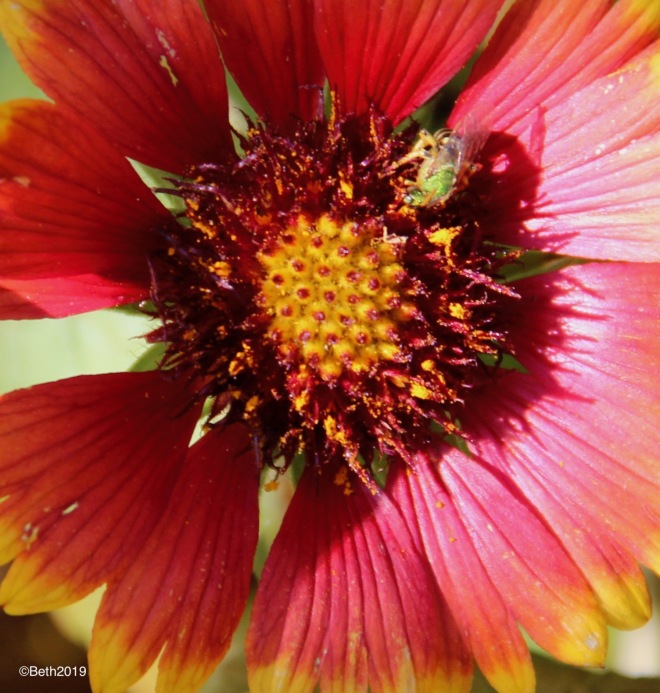 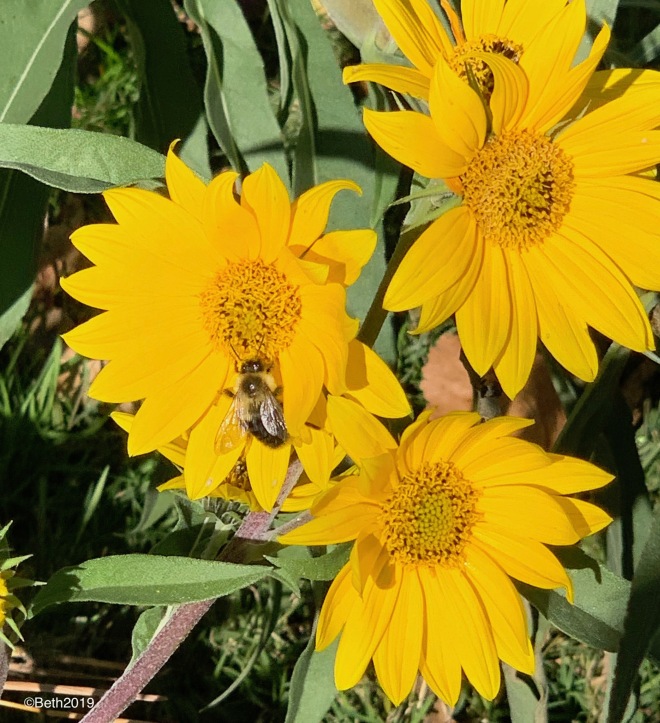 Common bumble bees (Bombus impatiens) are a hardy native bee. This one looks for nectar on a native sunflower (Helianthus spp). 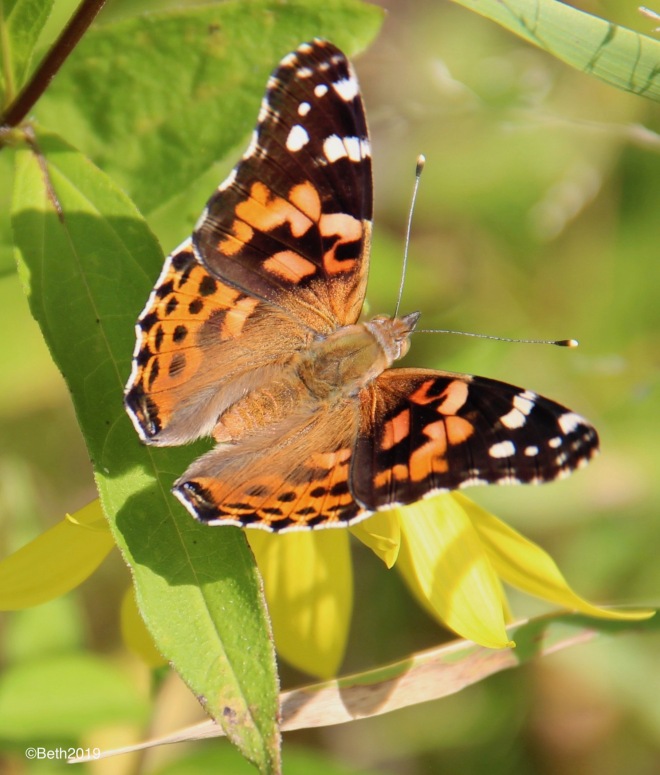 A painted lady butterfly (Vanessa cardui) suns itself on a native sunflower. 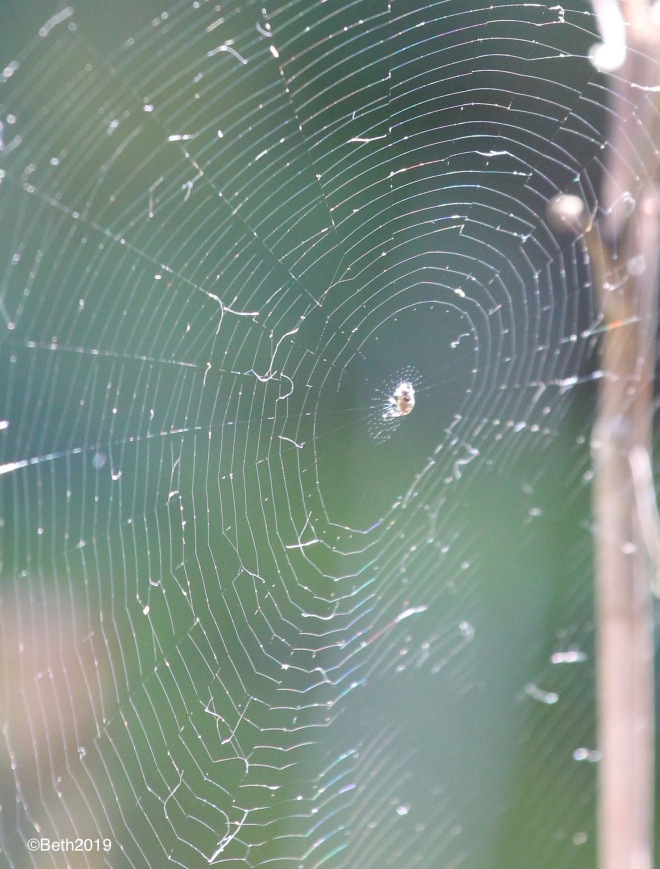 This tiny garden spider built a large web among some spent daylily stalks. 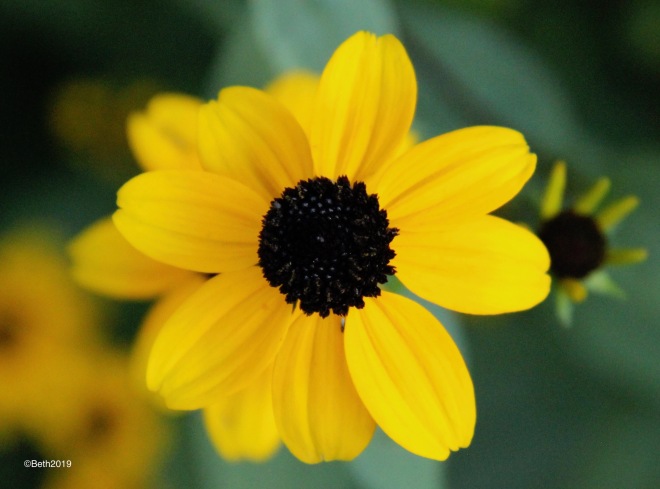 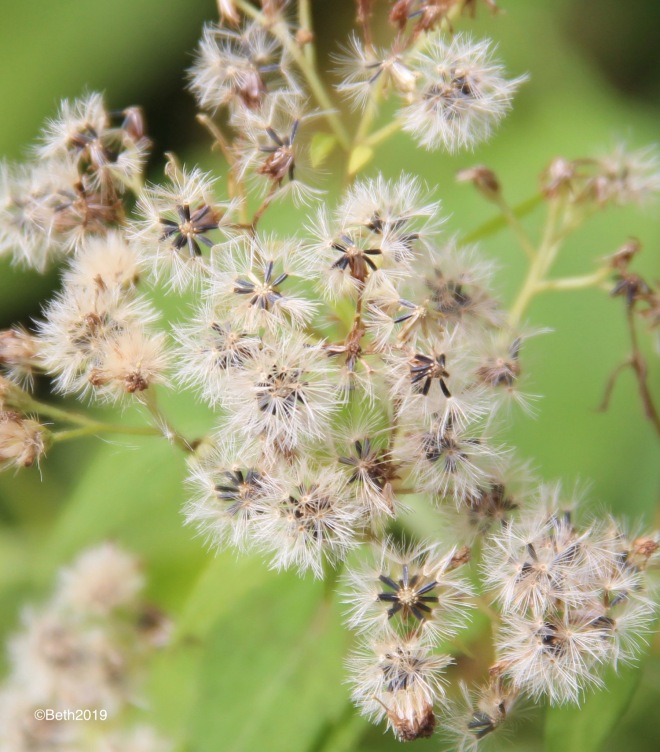 The seed heads of the native perennial white snakeroot (Ageratina altissima) are soft and fluffy. 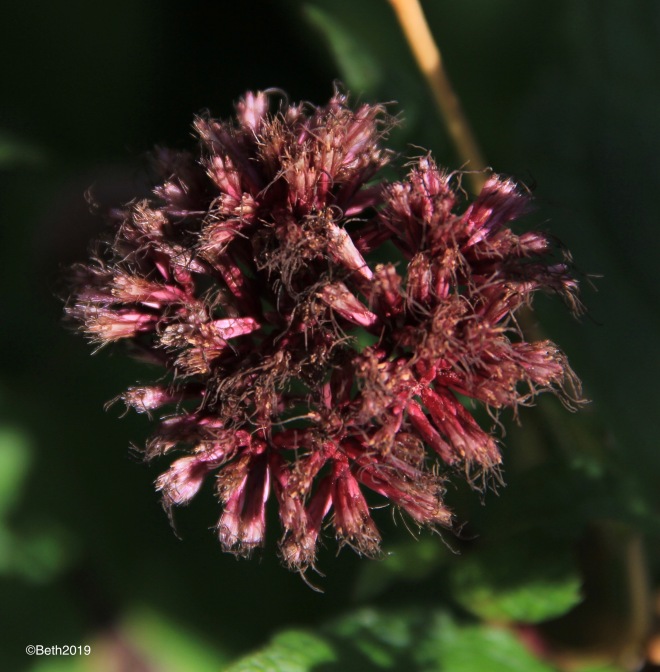 These spent purple flowers of Joe-pye weed (Eutrochium maculatum) will ripen to a mass of soft, brown seeds. 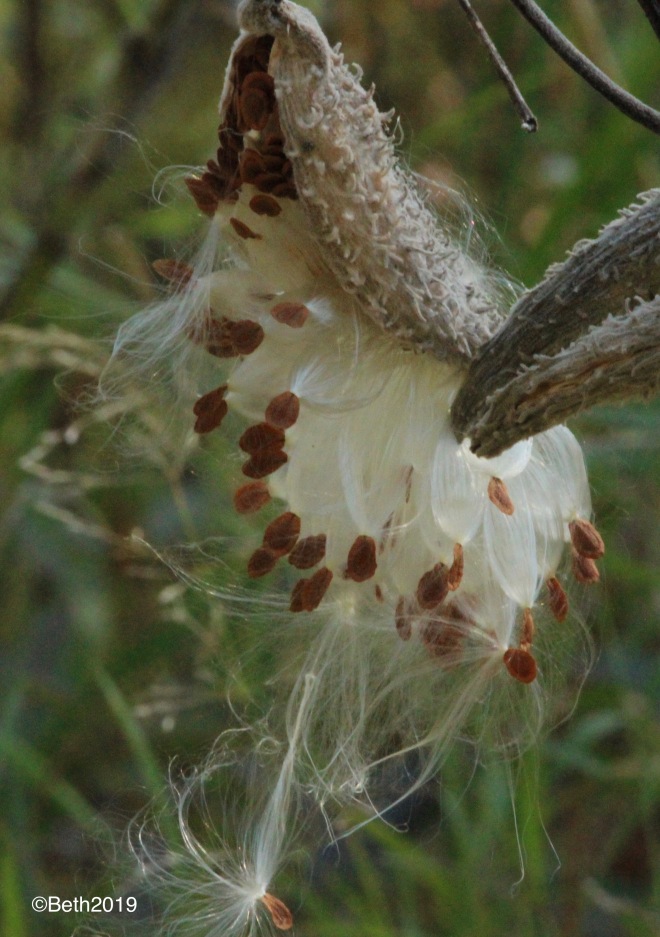 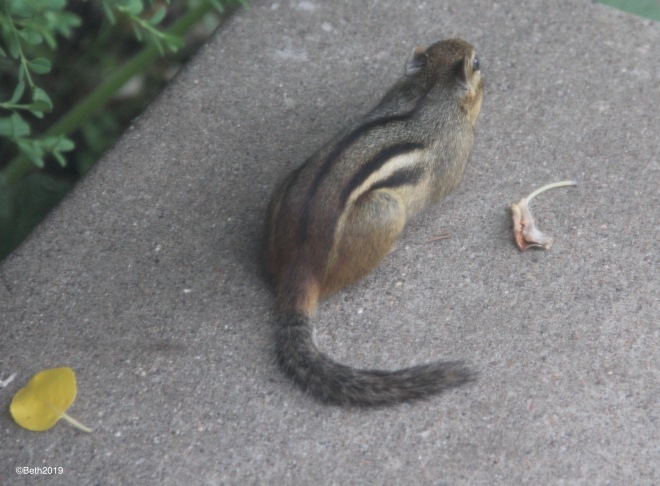 An eastern chipmunk (Tamias striatus) enjoys the mild afternoon on our back stoop. 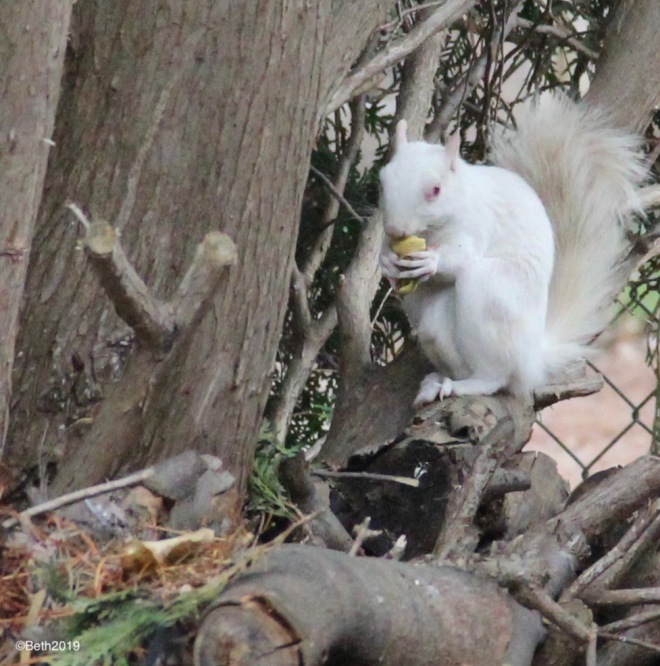 An albino eastern gray squirrel (Sciurus carolinensis) snacks on nuts from its perch under the arbor vitae hedge. 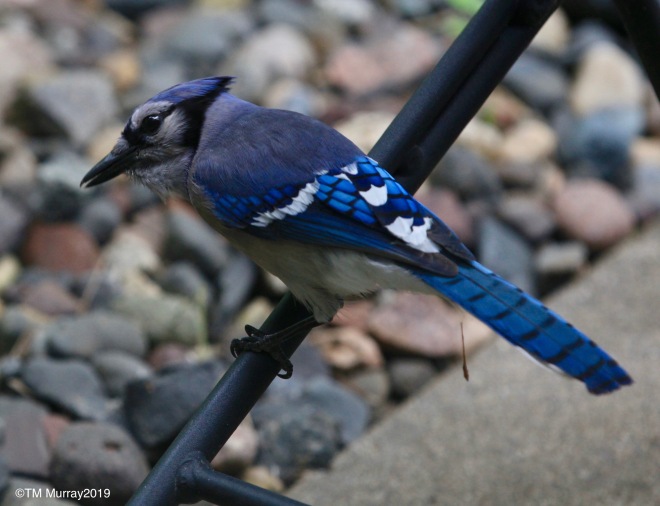 I love hearing the sassy blue jays (Cyanocitta cristata) call when most birds are quiet in the fall and winter. 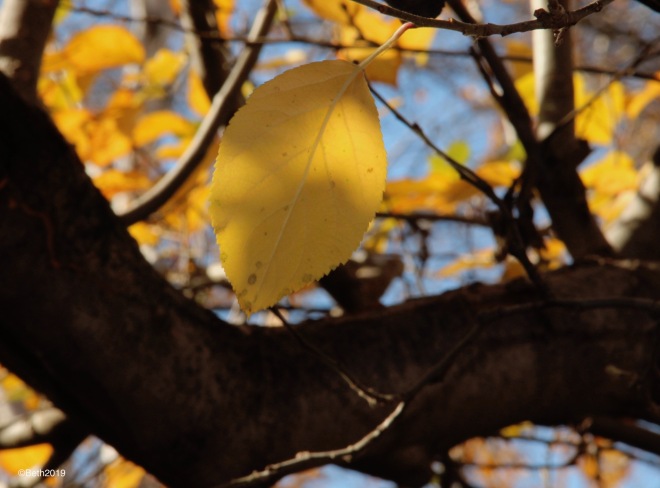 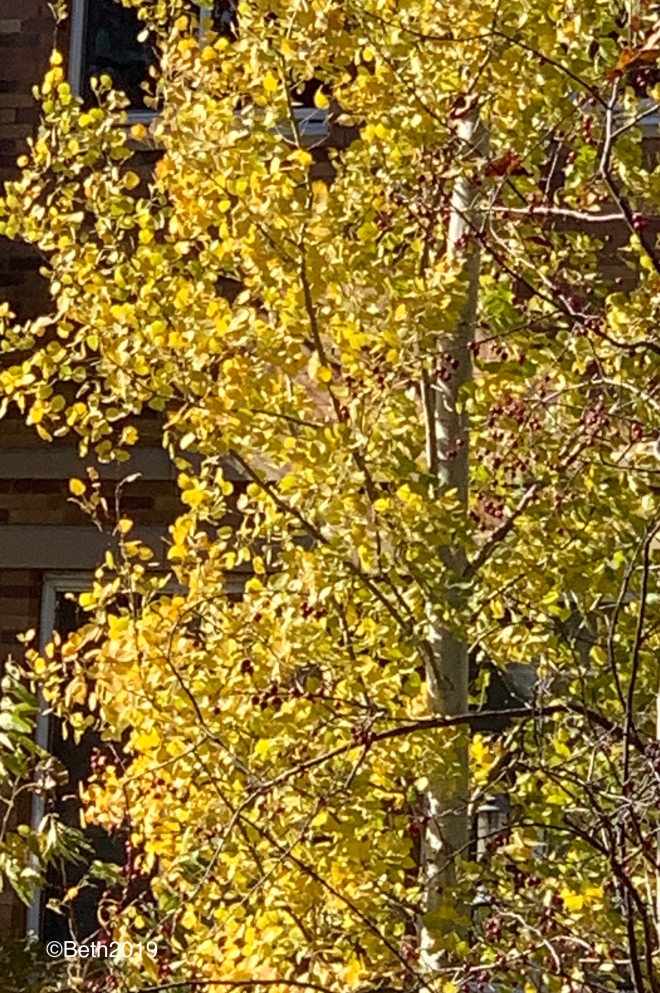 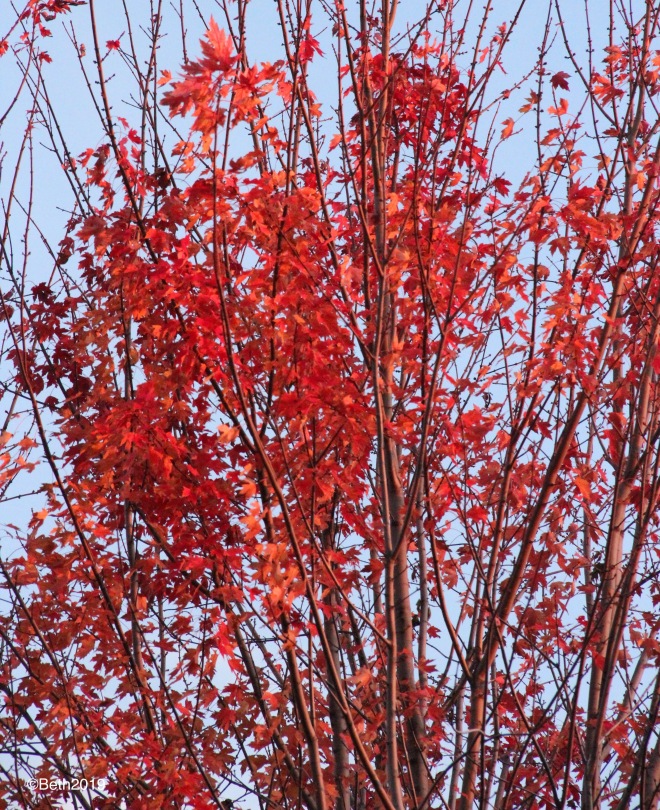