This northern walkingstick (Diapheromera femorata) is close to 4 inches long and is most likely a young insect or nymph, which are light green.

The northern or common walkingstick insect is a master of mimicry. Slender, green or brown, nocturnal and timid, it looks like a twig or branchlet. I’ve only spotted a few at our cabin in Central Minnesota over several years’ time. They were brown — except for this one, which was pearly green and sitting on the side of our cabin.

Since they are wingless, slow-moving and don’t bite, northern walkingsticks need some way to elude their predators — mainly songbirds and parasitic insects. They are extraordinary mimics and blend in perfectly with tree branchlets and twigs. Unless you spot them crawling, or they roost on a building or another object, it’s very difficult to see them. Males are brown and about three inches long. Females are greenish brown and closer to four inches in length.

So what do walkingsticks do? They are primarily nocturnal and rest during the day extending their front legs forward next to their antennae, which makes them appear more sticklike. At night they eat! The larval stages eat leaves of shrubs that are close to the ground, especially hazel, rose, blueberry and serviceberry. Adults feed in the tops of trees and appear to favor oaks, basswood, black locust and black cherry. When eating, they often sway like the leaves and branches around them, which provides greater camophlage. 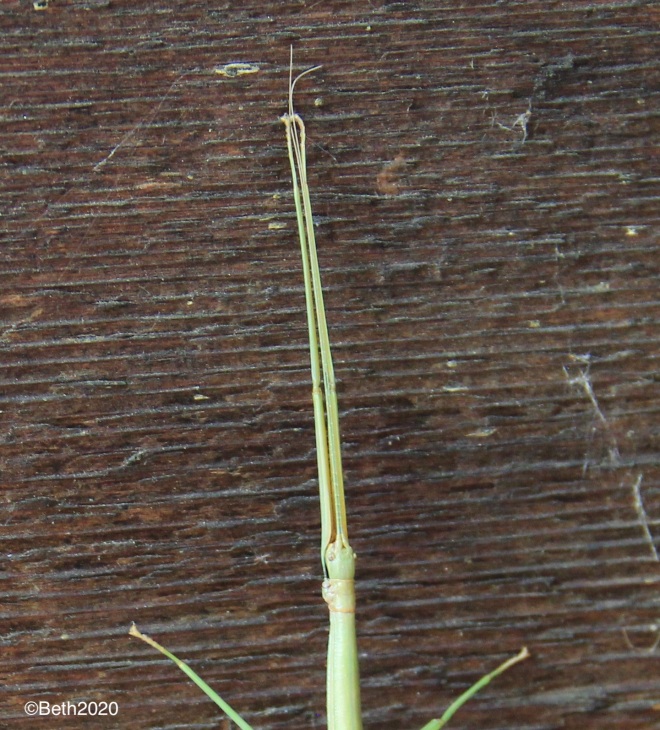 Walkingsticks fold their front legs straight forward, next to their antennae, to appear more sticklike.

Northern walkingsticks mate in the afternoon and evening from late summer to mid-autumn. The female lays her eggs from high up in the trees. The eggs just drop to the ground to overwinter in the leaves. In the south, the eggs hatch the following spring. In the northern states and provinces, there’s a two-year cycle in which the eggs don’t hatch until the second spring. So, in Minnesota, the odd-numbered years produce many young and the even-numbered years produce fewer insects. The newly hatched larvae, or nymphs, climb up into shrubs where they molt several times before reaching adulthood. They are miniatures of their parents, but are green like new spring leaves.

We have just one species of walkingstick in Minnesota — it lives in the eastern United States and the southern portions of adjacent Canadian provinces. Most of the world’s 3000 stick insects live in the tropics.

2 thoughts on “A Stick isn’t Always a Stick!”