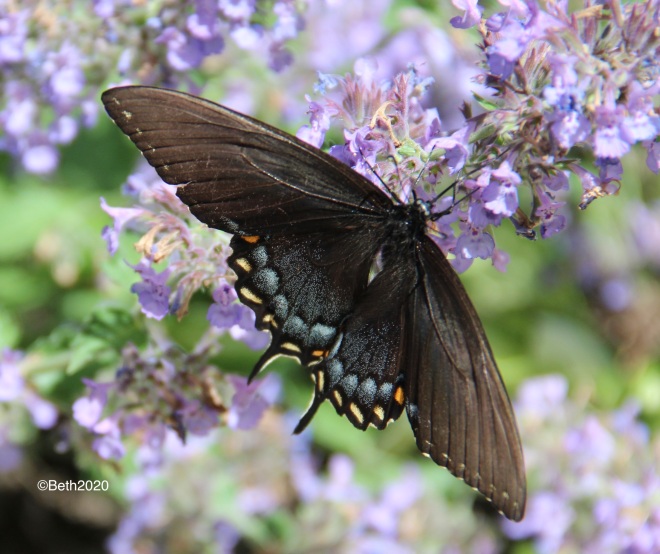 It’s late spring with the entire summer ahead of us. Nature’s greens are deep and full. Tiger swallowtails (Papilio glaucous) are on the wing now, the first of two times during the Minnesota summer. The first flight is typically in May-June and the second in July-August. The offspring of the second flight overwinter in their chrysalides.

I watch a bright yellow male patrolling his territory, repeating the same route through the large silver maples across the alleyway, over our apple tree and under my neighbor’s birch tree. He is quick to give chase to other males that trespass. 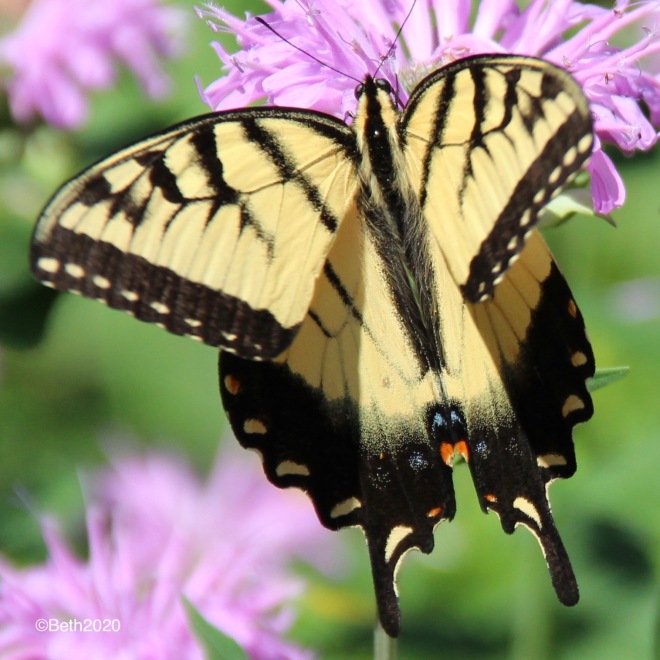 Eastern tiger swallowtail males are always yellow with black stripes and lack the wash of blue on the hind wings.

On this sunny, breezy morning, a black form female nectars in a sea of blue nepeta in our front garden. Her iridescent blue-on-black wings flutter repeatedly from one end of the garden to the other. She is full of energy and free of wing tatters and tears. 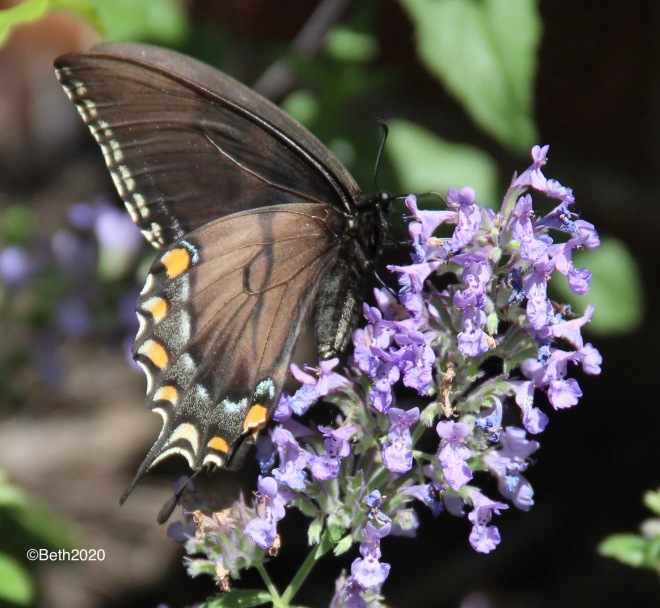 The female’s underwings are marked with bright orange spots and light blue scales.

Most eastern tiger swallowtails in Minnesota are yellow with black stripes. However, the female is dimorphic, or appears in two forms: the familiar black-striped yellow and a rarer black form washed with shimmering blue across its hind wings. Faint black stripes are often visible on the dark female.

Just a tiny percentage of females appear in the black form, especially this far north, but are  common in the southern United States. Why? Scientists think that the black form is a mimic of the pipevine swallowtail, which tastes horrible because the caterpillars feed solely on pipevine plants. (Think of monarchs and viceroys, another example of mimicry. Birds hate the taste of monarchs because they eat milkweed. Viceroys closely resemble monarchs, so birds often avoid them.) Pipevine swallowtails occasionally come as far north as Minnesota.