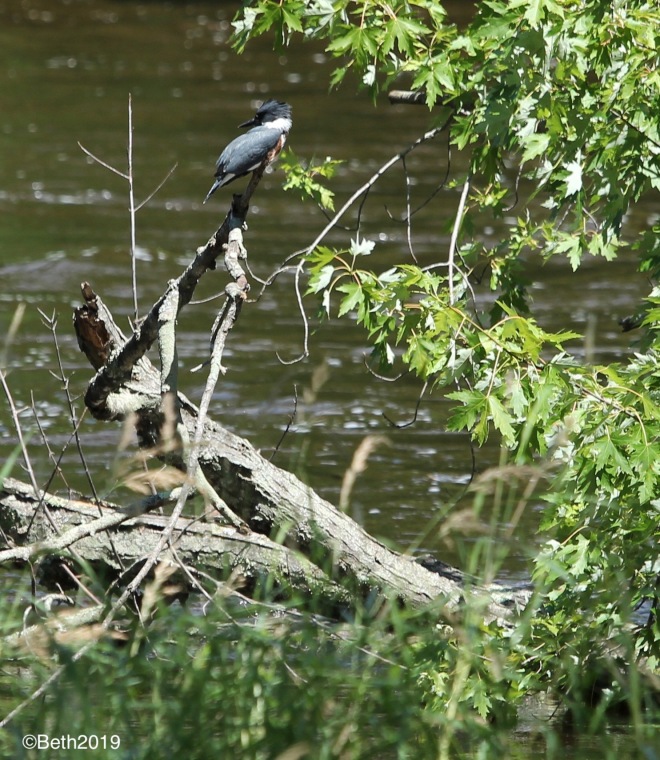 The rusty band across this bird’s abdomen identifies it as a female belted kingfisher.

I first met the kingfisher on paper in a British literature class. The 19th-century poet Gerard Manley Hopkins, whose poems feature themes of nature and religion, included the kingfisher in his sonnet, “As Kingfishers Catch Fire.” Many of his poetic works include beautiful images of nature and humankind, each one reflecting the Creator by fully being itself.

Several years later, I saw my first live belted kingfisher (Megaceryle alcyon) on the banks of the Snake River in east central Minnesota. A long, harsh rattle pierced the quiet river valley. Then, a flash of steely blue-gray sporting a shaggy crest swooped past as a belted kingfisher hunted for its dinner. Perching on a silver maple snag, it eyed the river intently for small fish, crayfish, mollusks, insects and other fresh-water delicacies. Soon, it hovered over the water, then plunged into the river headfirst and emerged with a small fish, scattering shards of sparkling droplets in the air. 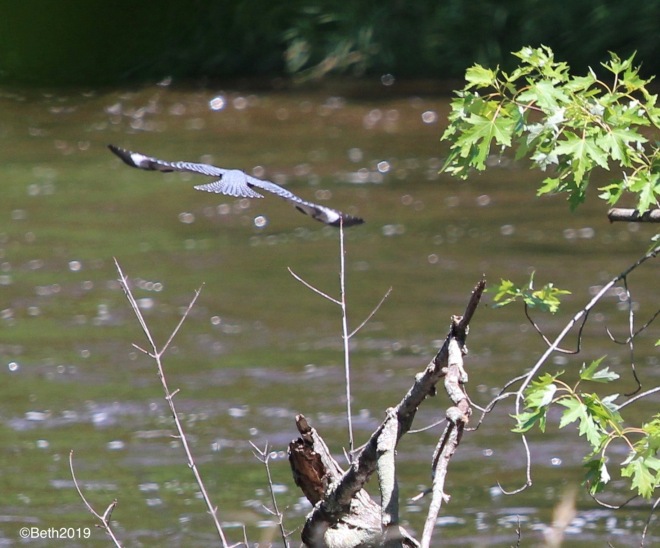 A female belted kingfisher hovers over the river just before dropping into the water to catch a fish.

Belted kingfishers are similar in size to a blue jay — 11 to 14 inches in length — with a larger head, a dagger-shaped bill and a stocky body. The male and female both have blue-gray upper parts and a white breast with a blue-gray breast band. In addition, females have a rusty belly band that makes them easy to identify. 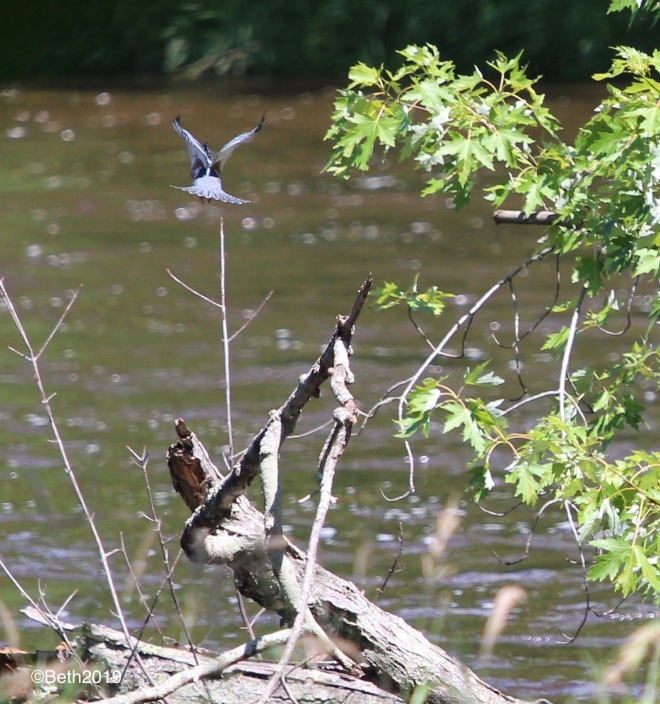 Unlike most perching birds, belted kingfishers nest in the ground. Usually both the female and male excavate a burrow high up in a riverbank, though some choose a gravel pit or similar area away from water. In northern regions, kingfishers mate once each spring. A clutch of 5-8 pure white eggs is typical. The eggs hatch after 24 days and the young are dependent on their parents for about six weeks. Though kingfishers in Canada and the far northern United States migrate south for the winter, they remain year round in most areas where they can find open water.

Kingfishers primarily eat small fish and crustaceans, but may also eat tadpoles, insects and berries if fish aren’t available. Belted kingfishers don’t have many predators, but are eaten by foxes, raccoons, snakes and hawks, such as Cooper’s and sharp-shinned. 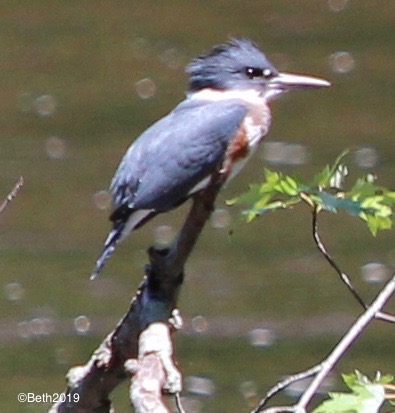 Worldwide, there are more than 110 species of kingfisher — and many of them are vividly colored, unlike their North American cousin. Most, such as the Philippine-dwarf kingfisher and the rufous-backed kingfisher are found in Asia. If Hopkins could have seen these handsome kingfishers, I think he’d have been even more delighted with the beauty of creation.