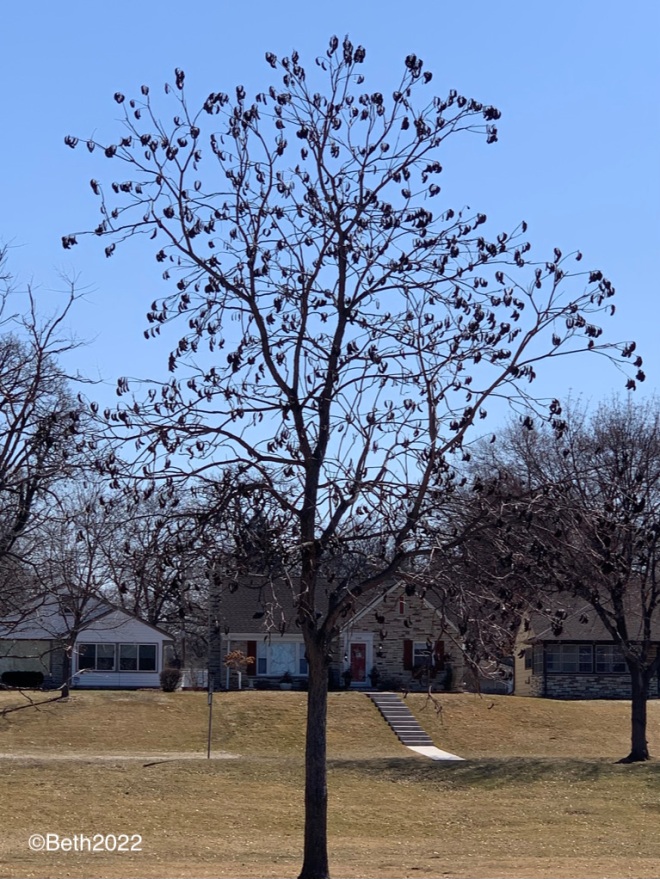 Kentucky coffee trees form thick, leathery pods that reman on the tree during the winter.

Walk down Twin Cities’ streets and look at the trees. June berries grow next to basswoods, red maples with hackberries and crab apples. The single-species plantings of the past are being replaced with a broad mix of native species and more resilient hybrids.

The Kentucky coffee tree (Gymnocladus dioicus) is one such native that’s interesting in appearance and history. The tree’s dark pods, open branch structure and scaly bark caught my eye because they differ from the smooth, gray-barked basswoods and red maples growing nearby. 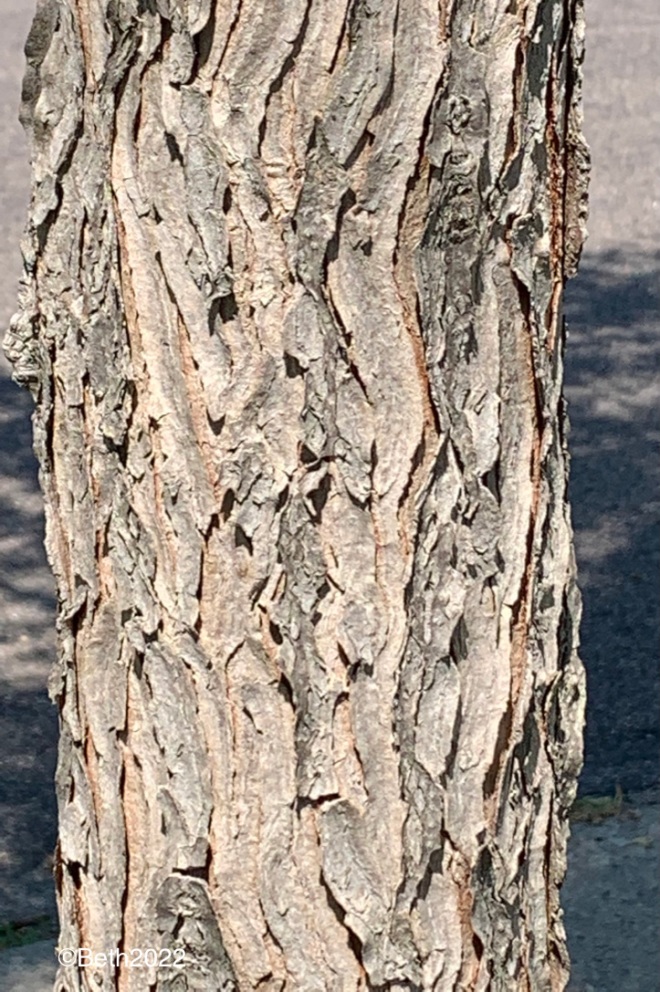 The scaly, craggy bark of Kentucky coffee trees sets them apart from trees with smooth, gray bark, such as basswoods and red maples.

I didn’t think that a tree with Kentucky as part of its name would survive so far north, but it’s native to several counties south of the Twin Cities and new cultivars grow well north of the cities. It is listed as being native to Ontario, Canada, and the Central United States from Pennsylvania west to Nebraska and from Minnesota south to Oklahoma. It typically grows in small clusters because, in spite of its large seeds, it spreads mainly by forming suckers or root sprouts. The tough, impermeable seed coats result in a low germination rate. You’re more likely to find it growing on a city boulevard than in the woods. As a result, in Minnesota, the Kentucky coffee tree is listed as a “species of special concern.”

Like locust trees, the Kentucky coffee tree is a member of the pea or legume family, but its pods are large, reddish-brown, woody and thick compared to its relatives’, which are much slimmer. Whitish-green male and female flowers grow on separate trees. The fertilized female flowers form light green pods that ripen to the dark coloration in autumn. The tough pods contain several marble-sized seeds surrounded by sticky pulp and remain on the trees through winter. Native trees prefer rich, moist soil near rivers, but above the flood plain.

How did a tree in the pea family garner the name coffee tree? Early Kentucky settlers thought the seeds resembled coffee beans, but there’s no relation between the tree types. According to several sources, settlers roasted the seeds and used them to brew a coffee substitute — but don’t brew your own! They stopped this practice as soon as coffee could be imported because the beverage tastes very bitter — and unless they are thoroughly roasted, the seeds and pods are toxic! 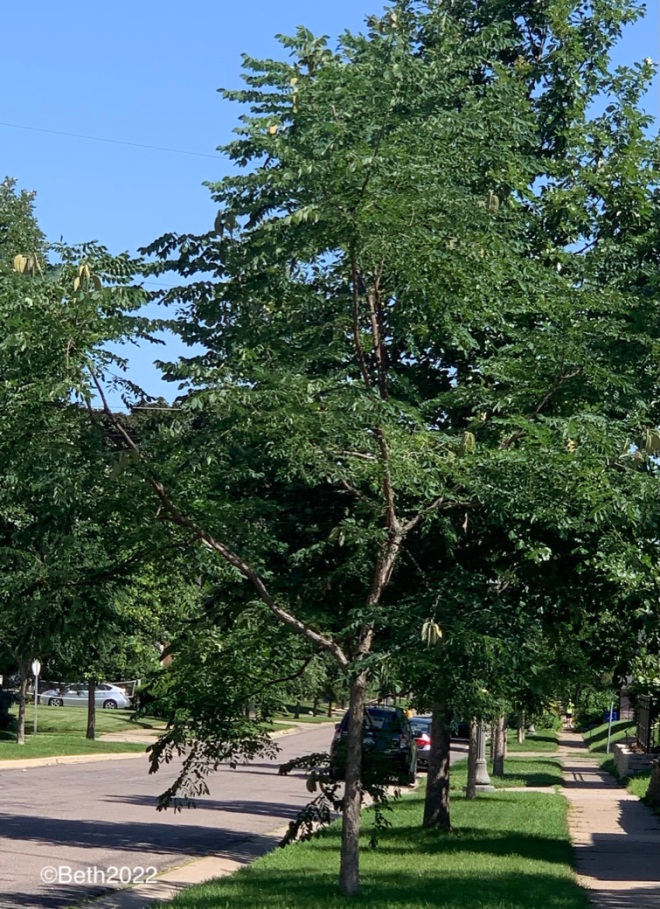 University of Kentucky Department of Horticulture