Spring in Minnesota is as fitful as ever — in other words, it’s one of the few things that remains normal during the pandemic. A week ago, Saturday was sunny and 70 degrees. Honey bees explored the squill patch and the first bloodroot blossoms unfurled white and gold. Twelve hours later, a cold front settled over the state. More than five inches of heavy, wet snow buried the garden and coated every bud, twig and trunk. Fox sparrows scratched and dug under the garden hedge sending snow, leaves and dirt flying behind them. A chubby American robin plucked the few remaining crabapples from a small tree. When the air warmed above freezing midweek, a few flowers were wilted and tinged with brown, but those that still had a covering of snow perked right up.

Sticky snow transformed a greening world back to winter black and white.

Traces of snow linger in the shady, northern corners of the yard, but most areas look like spring again — for now. While almost all of Minnesota’s record-breaking April snowstorms have occurred mid-month or earlier, that’s not always been true. Remember that April 29-30 storm in 1984? It dumped 9.7 inches of snow on the Twin Cities to close out the month. It’s all part of a typical Minnesota spring. Here’s a look at what’s growing in the backyard now that the snow has melted. 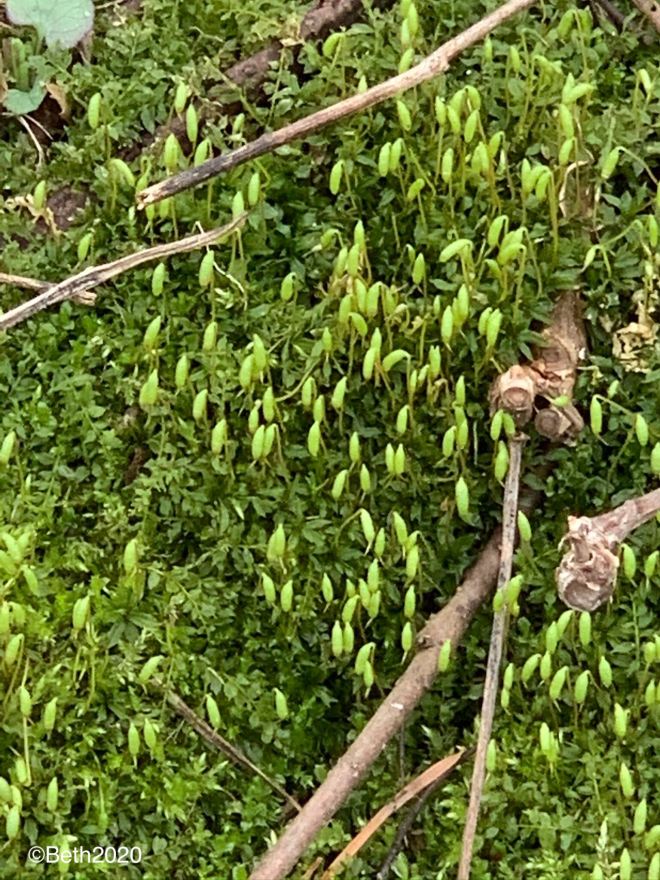 Bright green moss and its spore capsules are a refreshing sight after the snow.

Bloodroot (Sanguinaria canadensis) is one of the earliest spring wildflowers to bloom in Minnesota. Each flower is wrapped in a single leaf before opening.

A honey bee (Apis mellifera) in the Siberian squill is the first one I spotted this year.